OLYMPUS DIGITAL CAMERA
We spent about ten days in Peru in June to enjoy a precious week of family time together before the kids all dispersed to their jobs, sports challenges and schools. 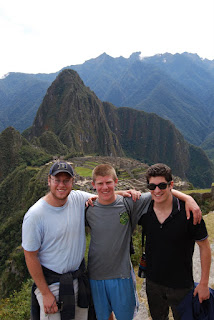 We couldn’t have picked a more
beautiful setting and our intention
was to hike and climb mountains, and learn about the ancient Incan civilization and modern Peruvian culture by
visiting the mountain city of Cusco, the Sacred Valley, and Machu Picchu.
We did have the wonderful family time we were hoping for, and were able to do everything we wanted to, but it was touch and go for a while about whether we would be able to get to Machu Picchu on the edge of the Amazonian jungle.
And in the city of Cusco especially, there was definitely an air of tension in the local squares and among the police force, which had a far greater presence than I was told is ordinarily the case. 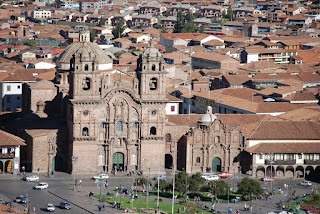 the Cathedral in Cusco

The cause of tension and uncertainty we experienced was a terrible conflict going on between police and protesters in the remote regions of the Amazonian Jungle over the Peruvian government’s push to open up Peru to foreign investment.  Demonstrations had been going on since April 2009 and they reached their peak during our visit in June.  In fact, every day that we were there, the clashes were getting more deadly and the news even made front page headlines back at home, causing our friends and family who knew we were in Peru to be concerned (unnecessarily) about our safety. 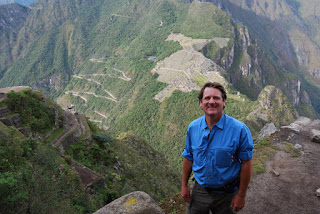 The clashes resulted in a tragic loss of life to both police and protesters, but we were not close enough to where the violence occurred to be in danger.  Police were being kidnapped and executed. Protestors were shot and killed.   The fighting was due to foreign companies opening oil wells and mines in the rainforest.  Later, the state-run Petroperu halted its crude oil pipeline because of the protests.
The laws that were the object of the protests, were decreed by Peruvian President Alan Garcia under special powers Congress gave him to implement a free-trade pact with the US.  The laws were meant to outline a plan for regulating investment in the Amazon to encourage energy and mining companies to invest billions of dollars developing projects in the rain forest.  One law, dubbed the “Law of the Jungle”, would ease restrictions on logging in the Amazon and free up some 111 million acres (45 million hectares), or roughly 60% of Peru’s jungles, for potential development.  The second law would allow companies with concessions to get changes in zoning permits directly from Peru’s central government, potentially giving them a way to extract resources without having to win the approval of local communities. 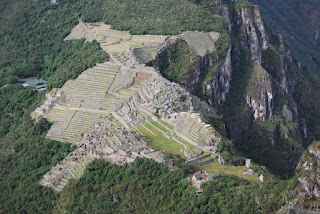 Thousands of indigenous Amazonian people, worried that these two laws would cause them to lose control over natural resources, blocked roads and waterways to force the government to revoke the laws and revise concessions granted to foreign energy companies. Who knows how the violence erupted or who took the first action, but indigenous leaders accused police of shooting at hundreds of protesters from helicopters to end the road block, and police said protesters fired first.  The indigenous people denied having guns and said they carried only their traditional spears.
Regardless of who started the violence, at least 60 people on both sides of the conflict lost their lives.  It was a terrible tragedy and we could feel people’s concern everywhere as well as greater security and armed guards.  We were also told that we wouldn’t know if our travel around the country would be possible, especially to Machu Picchu.  For both security reasons, it was possible that the train to Agua Caliente might not run.  Even the Inca Trail might be closed, as it has been in the past when there were political situations or protests.  This was the land of the Shining Path not too long ago, and we were reminded of that as we watched the police on every street corner.

In the end, we were able to go to Machu Picchu and there, as everywhere in Peru, we had a wonderful time.  The local Peruvians we met were as warm and kind as people we’ve met on our travels anywhere in the world.  We enjoyed gracious hospitality and excellent service.  Since we got home, we learned that the government temporarily suspended the two laws.  I hope that cooler heads will prevail and that the conflict will be resolved without any more loss of life.